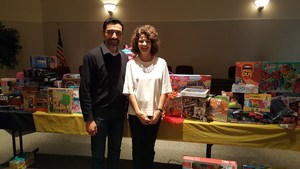 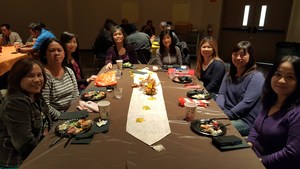 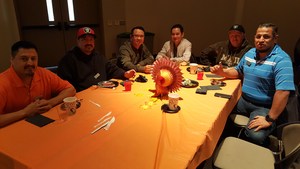 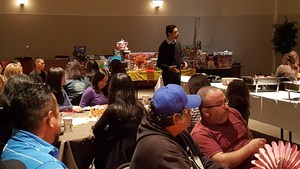 On November 17, 2017 Franklin-McKinley District Service Center staff had their annual Thanksgiving Luncheon. Not only bringing together staff but an opportunity to give back to the community as we start to gear up for the holidays.
Mounds of toys were donated to Sunday Friends, a partner of the Franklin-McKinley School District that empowers families to break the generational cycle of poverty by fostering positive development in children while educating and guiding parents to support their children's life success.
Sunday Friends was founded by Janis Baron, a mother of three and Silicon Valley engineer, in January of 1997. Concerned about the lack of awareness among high school students of different cultures, races and lifestyles, including her own young teens, Janis decided one Sunday to take her children to a family shelter. Despite twenty years of community volunteering, Janis was uncertain about how to help, so she began by having her children interact with the children in the shelter: playing games, drawing and reading. The children in the shelter were reluctant at first to participate, but Janis and her children continued to return each Sunday, slowly building relationships and trust.
Sunday Friends hosts programs for families of Franklin-McKinley at two schools, Santee and Meadows. We are extremely thankful for their partnership and efforts of supporting Franklin-McKinley families. To learn more about Sunday Friends, go to: https://www.sundayfriends.org/
Print